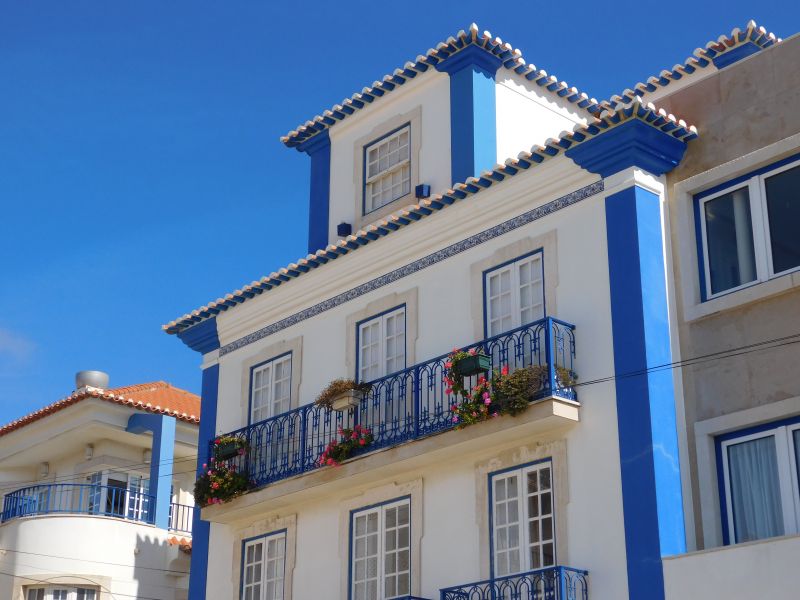 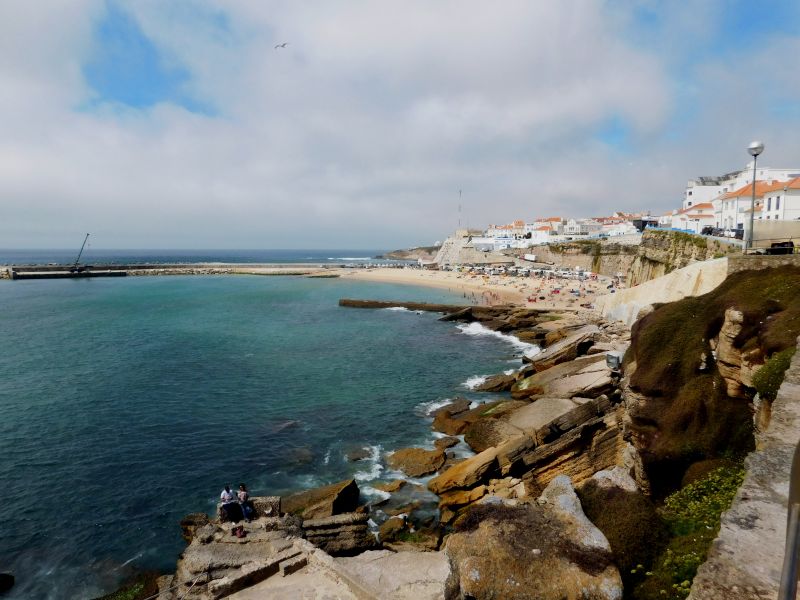 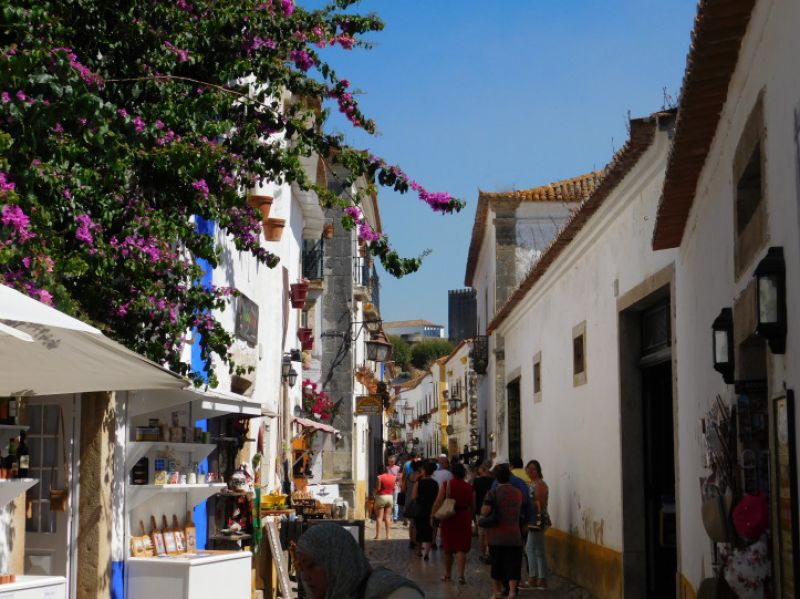 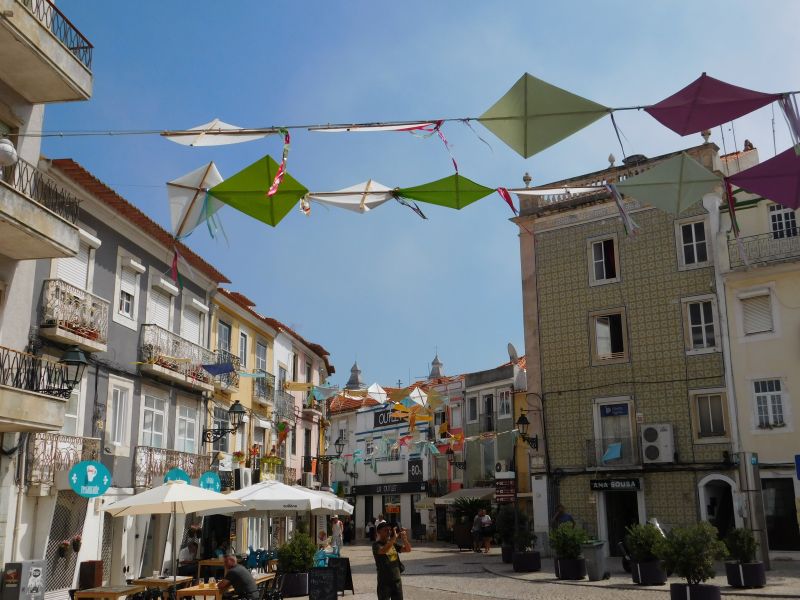 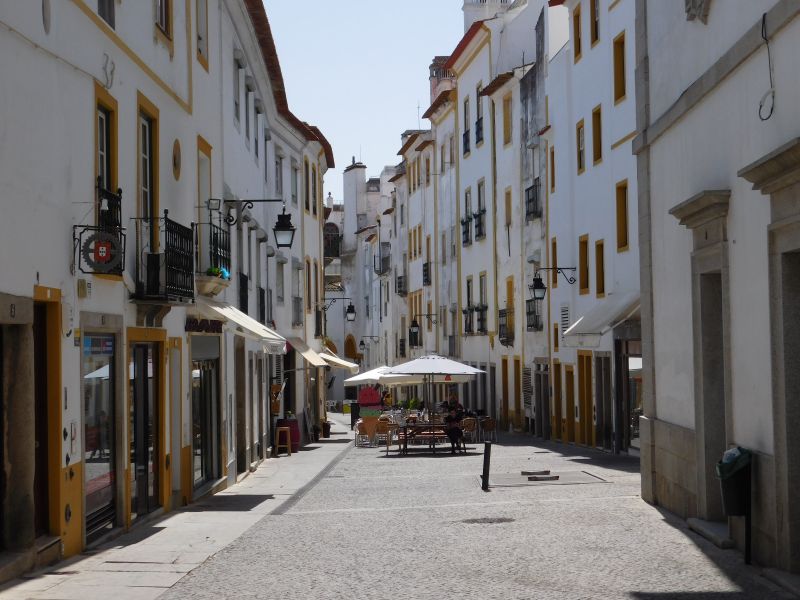 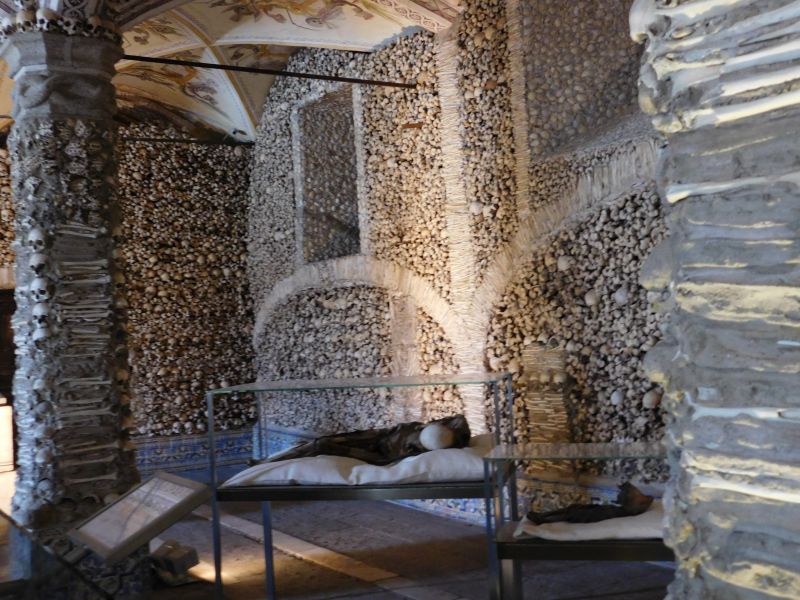 After our recommendation about Lisbon, we are going to suggest four memorable day trips which can be easily done by car. We excluded Sintra, with the beautiful and fairytale Palacio Nacional da Pena, because it is a world famous town and every traveller visiting Lisbon has it already in his/her itinerary. So, hire a car and explore Portugal beyond its unique capital :

1. Ericeira : Ericeira (50 km from Lisbon) is an old colourful fishing village, perched on high cliffs 30 meters above a string of sandy beaches. Due to the fact that it was the closest natural port north of Cascais, the village grew into a major port for boats travelling as far as Brazil. Nowadays, despite the increasing influx of summer visitors and construction of modern buildings in the perimeter, the core of the old village manages to keep its authenticity and traditions. The white and blue traditional houses decorated with azulejos, the small churches, the cobbled streets and the excellent seafood restaurants will amaze you. The sandy beach at the fishing port, Praia dos Pescadores, is probably one of the most protected beaches, at this part of Atlantic coast. Another sandy beach near the village is Praia do Sul, which is popular to Lisbon holiday weekenders for many years. At the end, before leaving the village, grab a box of ouricos, the small traditional cakes with syrup, you can only find here, from Casa da Fernanda (Lagos das Ribas 29A).

2. Obidos : The medieval town of Obidos (85 km from Lisbon) is one of the most picturesque and well preserved in Portugal. In the 13th century, King Dinis offered the town as gift to his wife Queen Isabel and since then became part of “Queens’ Estate” and therefore belonged to the Queen of Portugal. The town is surrounded by fortified walls and was a harbour until the 16th century, when the flow of the nearby river changed direction (nowadays the sea is 10 km away). In the town you will find a well preserved castle, churches with wonderful azulejo decorations and a maze of streets with white houses that are a delight to stroll around. In addition, Museu Municipal de Obidos is worth a visit, because it exhibits some of the works of the famous female painter Josefa de Obidos. A painter who lived in the 17th century, broke the model of the male painter and established herself as a true artisan (admission to the museum is free). Finally, while you are here, taste the famous Ginja de Obidos, a liqueur made by sour cherries. Ginja is served with a piece of the fruit in a cup made of chocolate.

3. Setubal : Although most people know Setubal (50 klm from Lisbon) only as the third largest port in Portugal and come here for the fish restaurants along the port, it is a town with many more to offer. The old town of Setubal is located north of the city center with wonderful pedestrian streets and squares full of shops, cafes and restaurants. During your walk around the old town, you will meet the glorious 16th-century Se Catedral, dedicated to Santa Maria da Graca and Bocage Square with the statue of Manuel Barbosa du Bocage, a famous child of the city, whose satirical poetry put him in prison. If you feel hungry during your stroll, make a stop for a glass of wine and tasty petiscos (Portuguese tapas) at Moscatel de Setubal (Praca de Bocage 49). Setubal can also be used to explore the surrounding area, especially Parque Natural da Arrabida, with beautiful landscape and some of the best beaches near Lisbon, such as Portinho da Arrabida and Praia da Figueirinha.

4. Evora : One of the best preserved medieval towns of Portugal, Evora (130 km from Lisbon) was declared in 1986 by UNESCO as a World Heritage Site. Inside the city’s 14th-century walls, the narrow winding streets will lead you to architectural sites of unique beauty, like the magnificent Se Catedral, the columns of Templo Romano (a roman temple, later used as a slaughterhouse) and the scenic Praca do Giraldo with its moorish arcades. In Evora you can also visit the church of Sao Francisco, where the main attraction is Capela dos Ossos, a gruesome chapel created by the bones of 5.000 monks in the 17th century (adult ticket €4,00). Apart from the historic sites, the town has also a strong culinary interest. Evora is the capital of Alentejo region, basically an agricultural territory, which has a very unique and interesting cuisine, known as alentejo. Alentejo is a surprising mix of flavours. Bread, pork and olive oil, combined with aromatic herbs, are the basic ingredients in one of the humblest and at the same time tastiest cuisines in Portugal. The most characteristic dish is a soup made with water, olive oil, garlic, a poached egg, bread and coriander. In the town, two of best places to taste this cuisine are : Restaurante Sao Domingos (Tv. da Mangalaca 8) and Restaurante Sao Luis (Rua Do Segueiro 30).

Lakki: A Utopian Italian Town on a Greek Island

What to do in Venice if you had only one day

7 reasons why you should visit Marseille ...

Loket – A hidden gem in the shadow of Karlovy Vary

How to spend an unforgettable morning in St Tropez

To create a JIZO group, please login or register
Choose the most convenient way for you to continue and start adding your groups now