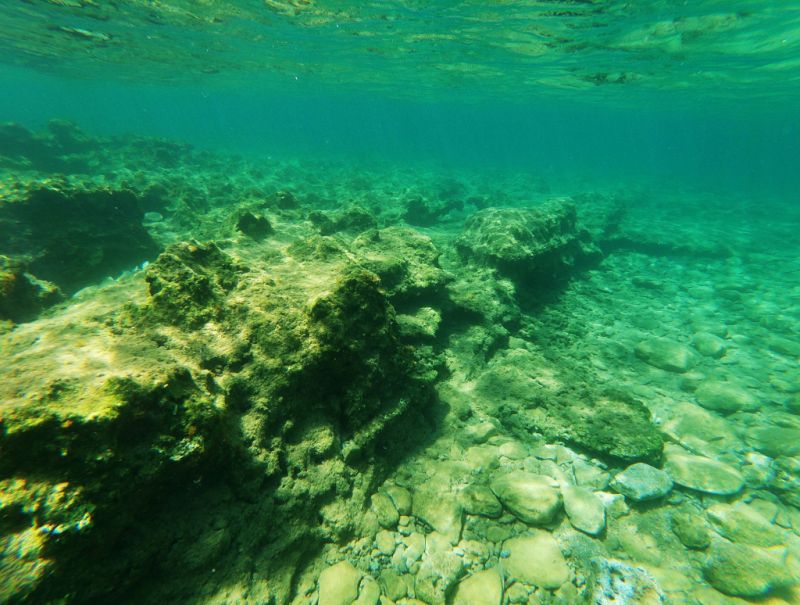 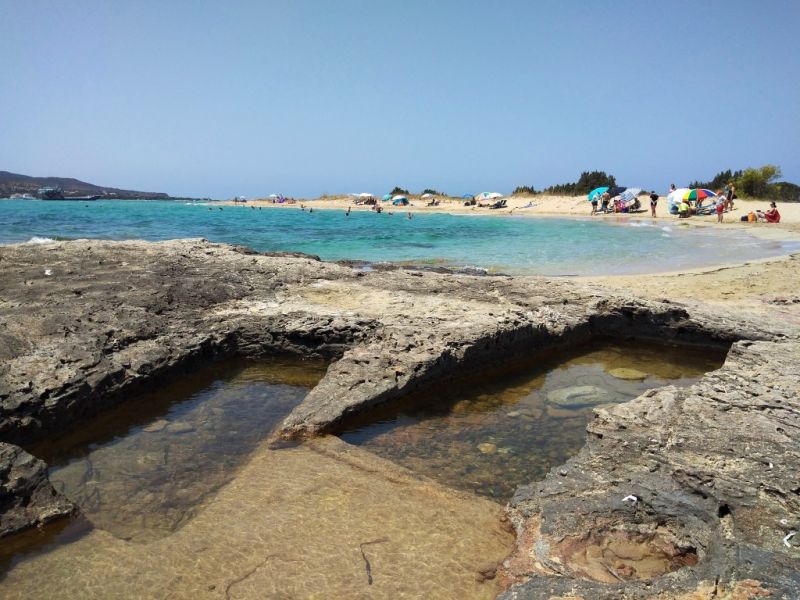 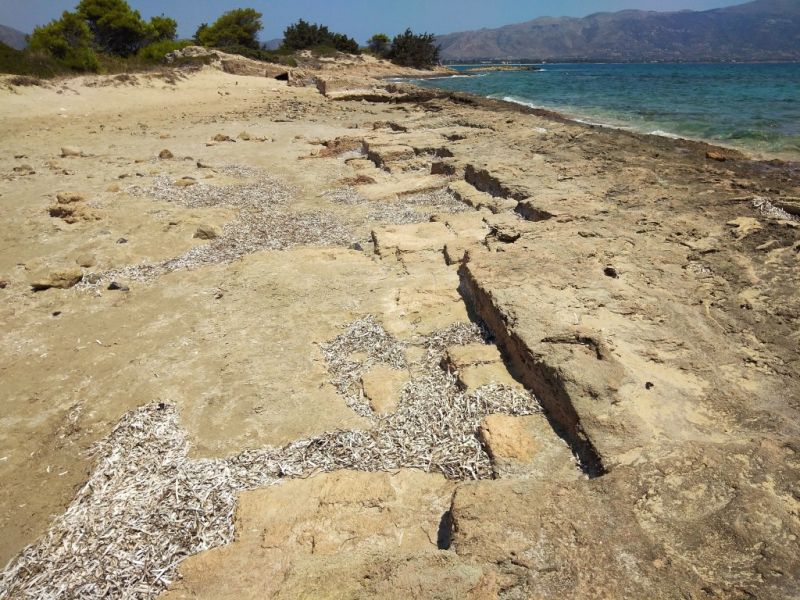 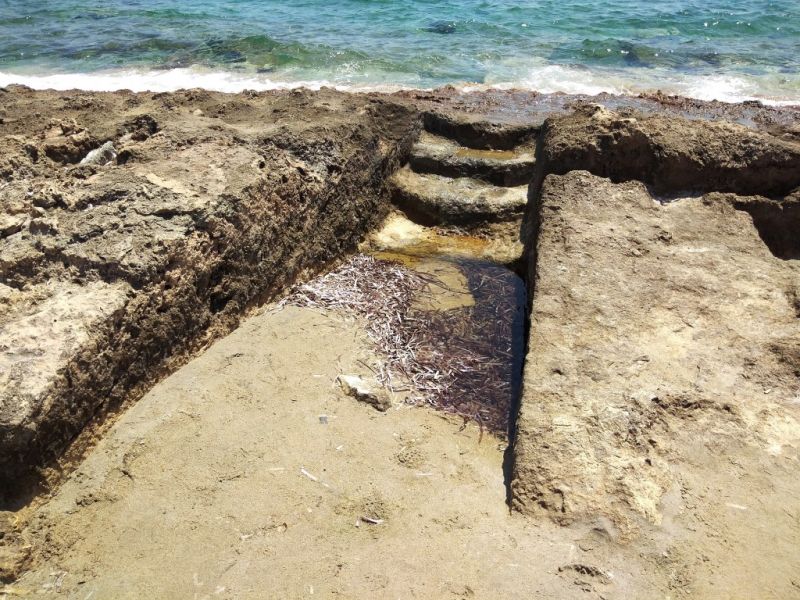 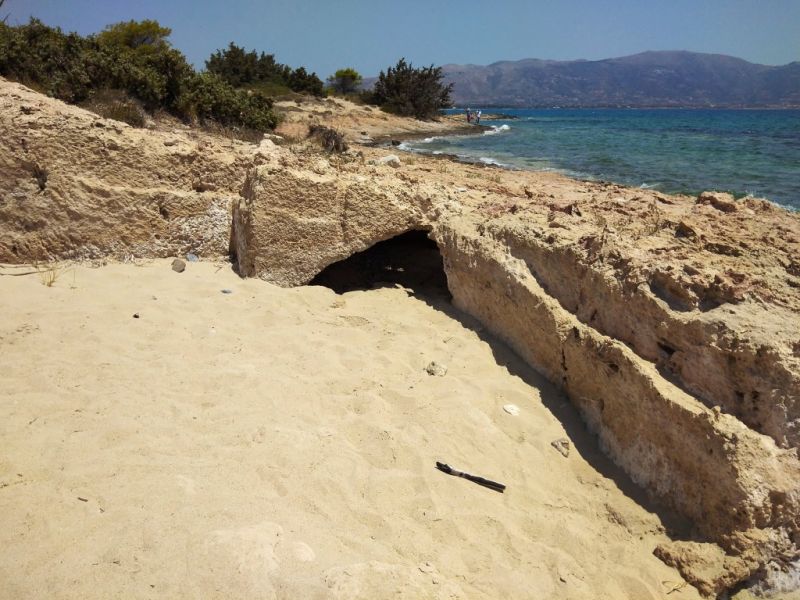 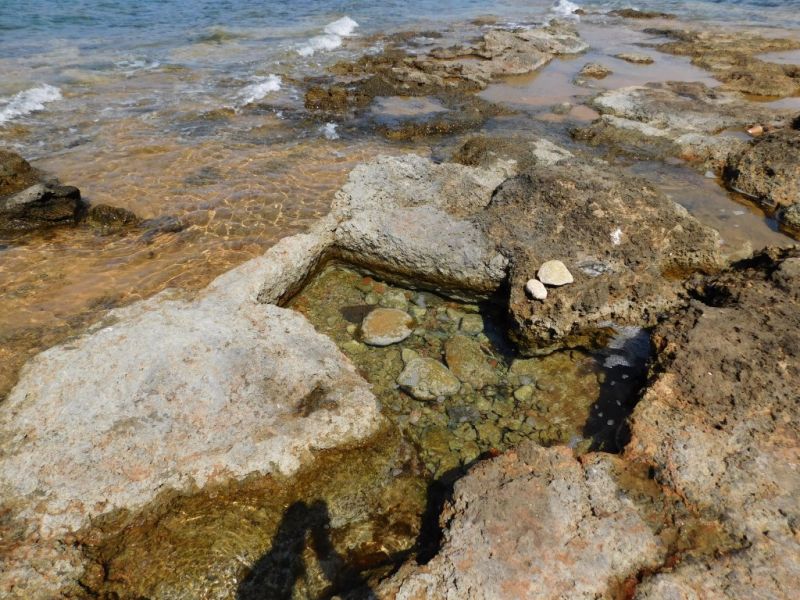 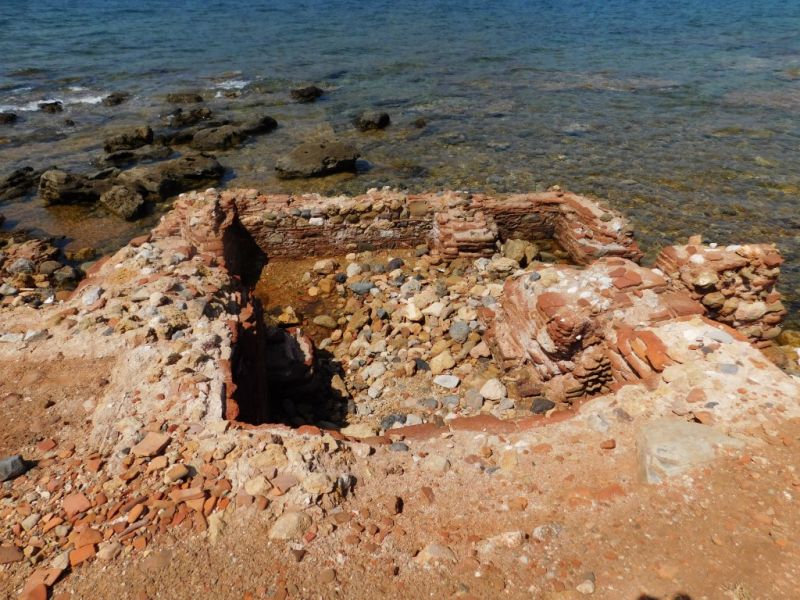 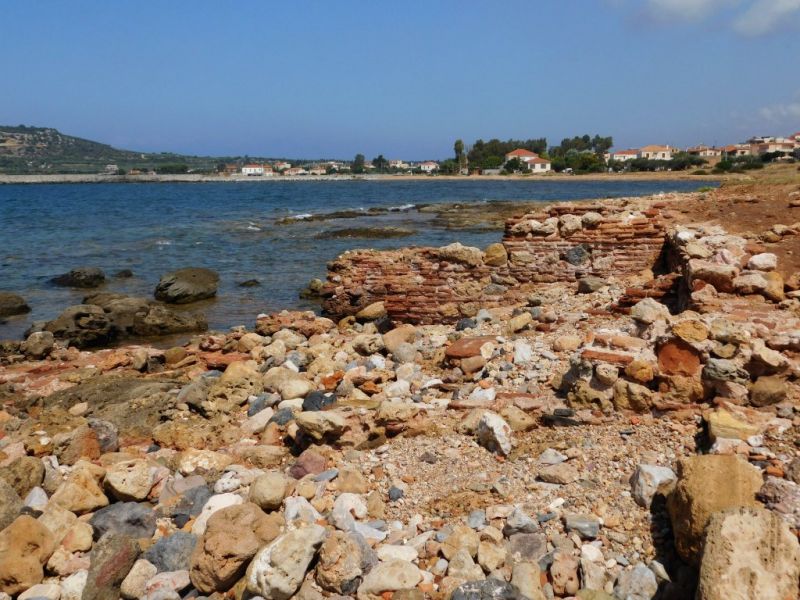 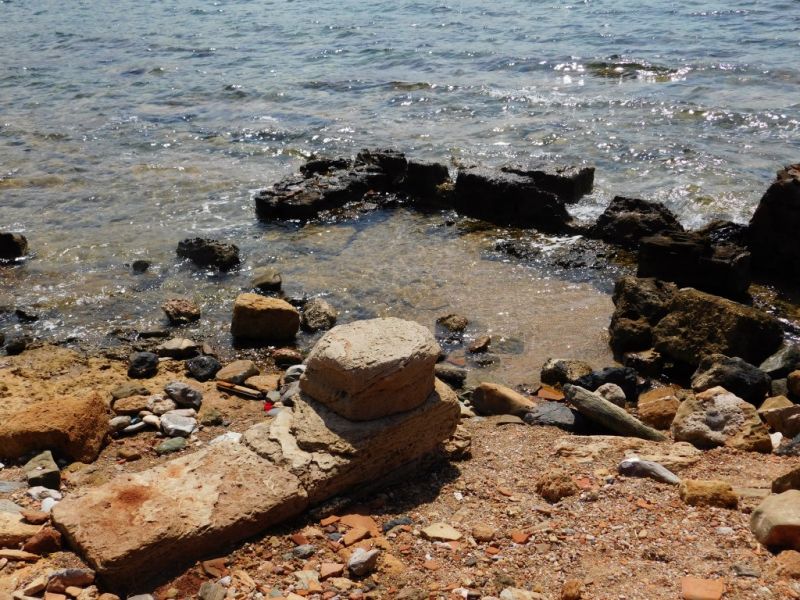 Laconia (Λακωνία) is an area of Peloponnesos with many popular destinations, wonderful beaches, unique archeological sites, Byzantine churches, picturesque villages and much more. However, few know that in Laconia there are two of the most important sunken ancient cities in Greece and probably in Europe. Both are easily accessible and the visitor could admire their grandeur along the coastline as well as underwater.

Pavlopetri (Παυλοπέτρι) : Opposite the port of Elafonisos (near the scenic Neapoli) is the islet of Pavlopetri. Between the islet and the beach of the same name, lies the oldest sunken city in the world. Some people call it “Greek Atlantis” or “Atlantis of Lakonia”. The biggest part of the city is sunken a few meters below the sea surface but part of it is visible along the coast. It is considered 5.000 years old but its name remains unknown, as does its political status. The city has a specific plan with roads and a square 40 meters long and 20 meters wide at its heart, while most houses had up to twelve rooms. Between the buildings there are stone tombs, although an organized cemetery is found just outside the city.

It was discovered in 1967 by Nicholas Flemming and mapped in 1968 by a team from the University of Cambridge. There are at least 15 buildings at a depth of 3 to 4 meters and a recent survey in 2009 by British archaeologists revealed that it extends to 20 acres. Initially it was estimated that the city was built around 1600-1100 BC, but later research revealed through the findings that the city was inhabited before 2800 BC, at the beginning of the Bronze Age. It is probable that the city sank in 1000 BC due to a large earthquake. The coastal land was moved to a large extent causing the peninsula to be cut off and thus the current island of Elafonisos was created.

The fact that the city sank helped to preserve the current finds, since it was not rebuilt or after the disaster the area was not used for agriculture. The 2009 survey helped greatly to map the city. It was then that the city was digitally recreated in three dimensions. One of the results of the research was to prove that the city was the center of a thriving textile industry. Also, in the area were found many large jars from Minoan Crete – used for storage and transport of various products such as oil, wine, paints and perfumes – a fact that betrays that the city was also a large commercial port, probably a satellite of the Minoan civilization.

Such is the international interest for Pavlopetri, that in 2011 it became a BBC documentary entitled “The city under the waves”, that documents the work of the British archaeological team of 2009. There are not many places in Greece, or even in the whole world, where you could swim at a wonderful sandy beach (one the best near Neapoli) and at the same time over an ancient road or an ancient building.

Ancient Asopos (Αρχαίος Ασωπός) : In the picturesque coastal village of Plytra in Lakonia, in the area “Kokkines”, lies the sunken city of Ancient Asopos, whose ruins can be seen to this day in the sea and along the coast. The city was reported by Pausanias and was a member of the Common of the Eleftherolakons. It had a safe port and its own currency. What we see today in this area are the remains of the Roman city of Asopos, which was probably erected on the ancient Greek city of the same name. There are ruins of buildings and tombs located in the western part of the settlement, while remains of buildings are located at the bottom of the sea near the port.

In the southeastern part of the settlement and a short distance from the sea, the visitor could see Roman bath apartments and remnants of small theater as well as parts of walls and floors. Along the coast there are buildings that are made of large carved porous rocks. The elongated and large building located here is probably identified with the temple of the Roman emperors mentioned by Pausanias. In the surrounding area there are scattered architectural members, such as pillar bases, tectonic capitals and ribbed columns.

The city along the coastline was built 3 meters higher than its current location. The submerged buildings that continue to the sea at a depth of about 7 meters are made of rectangular stone bricks that come from a nearby sunken quarry. Their use has not been clarified but they were probably piers, docks and other buildings with port use. According to the most probable version, the city sank in 365 AD after a strong earthquake, which also caused the separation of the rock of Monemvasia from the mainland.

The visitor today will see the sign near the port of modern Plytra that marks the entrance to the archaeological site of Ancient Asopos and will admire the ruins along the coast. But the best way to explore this unique destination is to dive into the clear blue waters and admire the magnificent sight of the sunken buildings. It is undoubtedly the best place for snorkeling in Lakonia.

Two unique destinations that could be combined in one visit (the distance between them is 35 km) and could offer you a once in a lifetime experience. It is really surprising that the Greek state left such treasures to their fate and has not use them as alternative tourist destinations.

Lakki: A Utopian Italian Town on a Greek Island

What to do in Venice if you had only one day

7 reasons why you should visit Marseille ...

Loket – A hidden gem in the shadow of Karlovy Vary