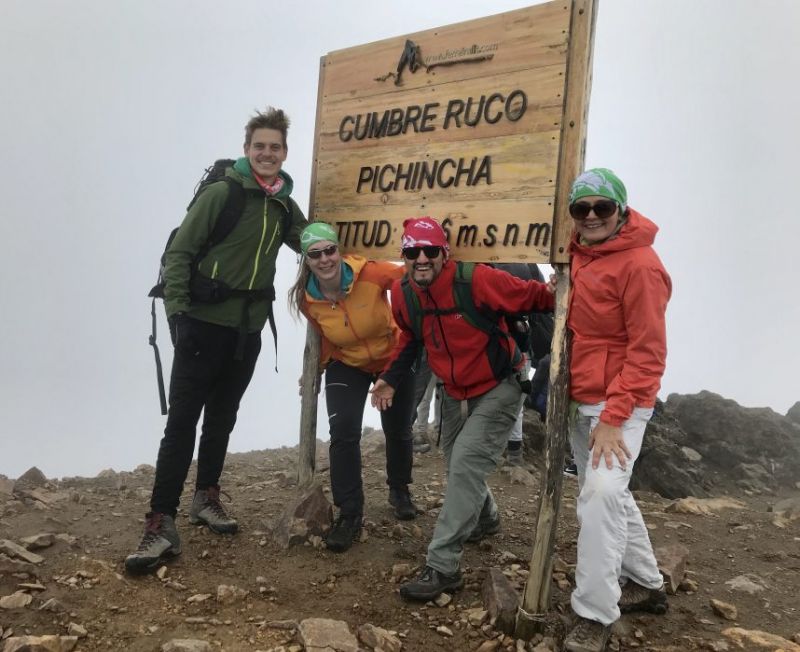 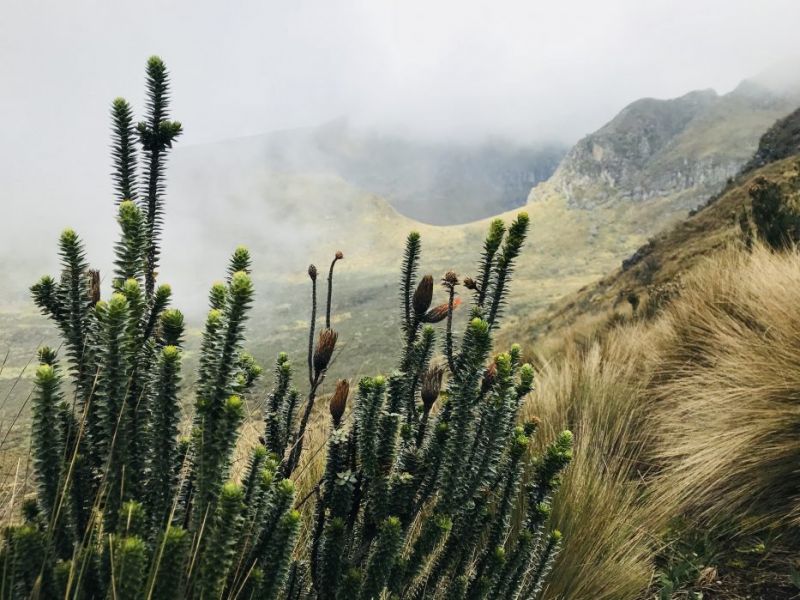 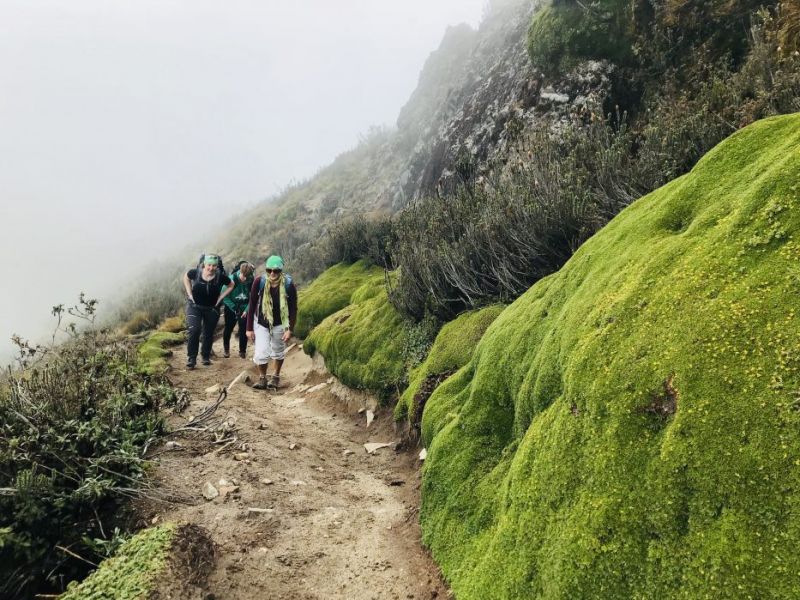 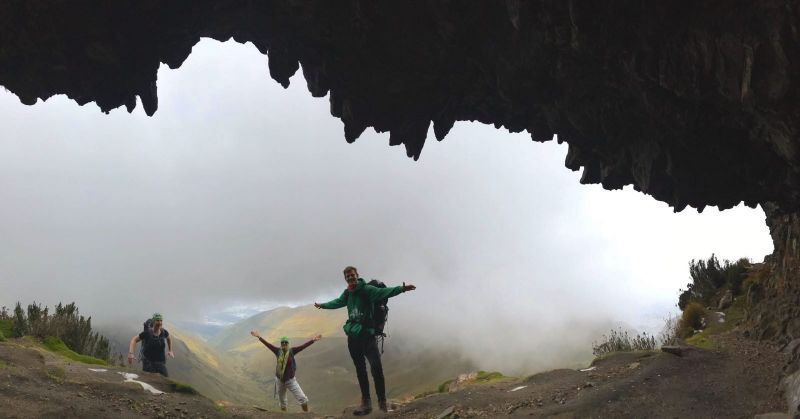 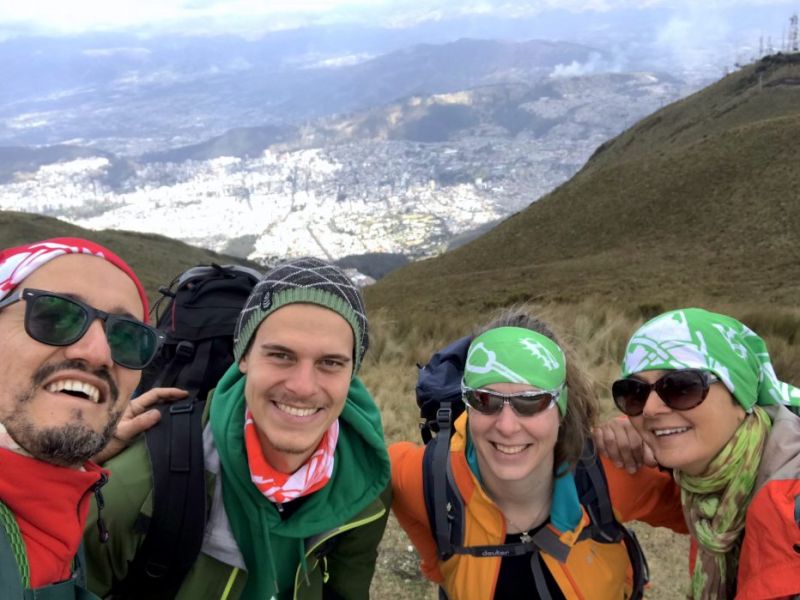 This is a travel experience by my friends and avid travelers, Alex & Ombi from Melbourne, Australia

For hiking aficionados climbing Ruco Pichincha on the eastern side of Quito in Ecuador is a must. At 4700 meters it’s the capital’s highest peak.

Ruco or Rucu (which means old in the indigenous Quechua language of Ecuador) Pichincha is part of the old Pichincha volcano. It had been on their bucket list of things to do in Quito like forever. Given that they have been coming to and from Ecuador for years now, they really thought that it was about time to climb it. They also add that with its proximity to Quito and its ease to get close with the teleferico (or cable car), their excuses not to hike it were running out!

And here is their interesting story, as told by Ombi and photographed by Alex, following the spirit of JIZO of traveling with friends. Enjoy it!

It was going to be an early start so we got out backpacks, clothes and food ready for the next day and took ourselves off to bed earlier than usual. Saturday arrived and we were raring to go! Well, I was! But then I always am; I am a morning person! Alex got up a little later than me and observed the somewhat still foggy outside. “We’re doing this Alex, rain, hail or shine”, I told him.

We walked the short distance to where Elisabeth and Andreas were staying. It was around 8.00 am as the idea was to leave as early as possible. From there we caught an Uber to where the cable car leaves from. The Uber ride was around $5.50 and it took around 15 minutes. You can also catch a local bus for 25 cents. It will drop you off at a point from which the cable car’s complimentary bus service will take you to the cable car ticket point. Very easy and organized really. We bought our tickets, and we were off at around 8.30 am (opens at 8.00 am).

The Teleferico (from teleferico and Quito), is a cable car lift, running from the edge of the city centre up the east side of Volcano Pichincha to the Cruz Loma lookout. The cable car ride is around 2.5 kilometres, making it the highest in South America and one of the highest aerial lifts in the world. The ascent takes around 20 minutes. It is once you get off the cable car that the hiking and ascent to the peak actually begins.

Before the actual hike, there are some lovely shorter walks, paths and other activities (such as eating!) in which you can engage in. For the many who come up here and don’t hike to the top, there is still lots to do. Solo, couples, families … something for all. We had a huge amount of fun on the Swing in the Clouds. Yes, it’s touristy, but it’s a must-do. It was now time for the ‘real deal’. Let the show, oops hike, begin! The round-trip is approximately five hours.

And so, we were off! Slowly, slowly the air got cooler, and we started to pop on a few more layers, including gloves and hats. At first, it seemed breezy, so to speak, but as we got higher, a bit more focus came into play. I definitely would not call it a difficult or technical walk, but you do have to be reasonably fit.

The vegetation and unusual flowers along the way were beautiful. Unfortunately, the fog didn’t seem to be lifting, so we weren’t getting the arresting views that we knew lay behind the fog. These are the breaks! You win some, you lose some. Mother Nature, or Pacha Mama, rules here! You never know what will happen when you hike a mountain. At about the two and a half hour mark (going up) we met Mr Saenz (coming down). At 73 years of age, he hikes every weekend. Yes, EVERY, weekend! Impressive. Today he reached the summit in one hour and 25 minutes, proving that you are never too old! My hero. I want to be like him when I grow up.We reached a point where we had to scramble up a rocky interface. I cautiously and strategically placed my feet one in front of the other, knowing that there wasn’t that far to go. Or, was there? We were almost there, surely … or so I thought the signs were telling us. The fog hadn’t lifted, but I was a woman on a mission, and let’s face it, who wants to stop a woman on a mission? You certainly don’t want to stop me on a mission, just ask Alex.The rocky interface then straightened out, and some of the folk coming down told us that we were almost there. Ok, whatever! But lo and behold, we soon did come around the bend that showed the sign that we had indeed reached the top, ‘Cumbre Ruco Pichincha, altitud 4696 meters”. In English, that’s, ‘Ruco Pichincha Peak, altitude 4696 meters above sea level’. We managed it in around 2 hours 30 minutes. We did it! I did it! Alex did it! One more tick, one more thing which I wanted to do and did! The fog still had not lifted, but we had reached the top! On a clear day, the views of the many surrounding volcanos and snow-capped mountains are spectacular. So clearly, I will need to do this again.

What a buzz and thrill. Such excitement! I am a self-confessed adrenalin junkie.

What comes up, must go down. So, let the descent begin. Going down, you almost immediately have to walk/ slide down an area called ‘el arenal’ (means sand in Spanish). Be prepared for your boots to end up with sand in them, and for you to possibly end up on your butt. I managed both.The rest was easy peasy. We made our way down slowly, chatting along the way. Whilst the fog didn’t lift from the top, as we got closer to the cable car, we were able to see Quito and its surrounds. Always impressive.

We did the round trip in about five hours. I was tired but happy. We caught the cable car back down and then took an Uber into the funky area of La Floresta.

In Ecuador, you can also climb a number of peaks that are over 5000 meters (16,000 ft) in height, like Cotopaxi, Cayambe, Antisana, Iliniza Norte and Iliniza Sur just to name the most important ones. There is also Chimborazo which reaches an altitude of more than 6000 meters (20,000 ft) being.

Discover Ecuador and enjoy the beauty of its landscape by traveling with JIZO friends!